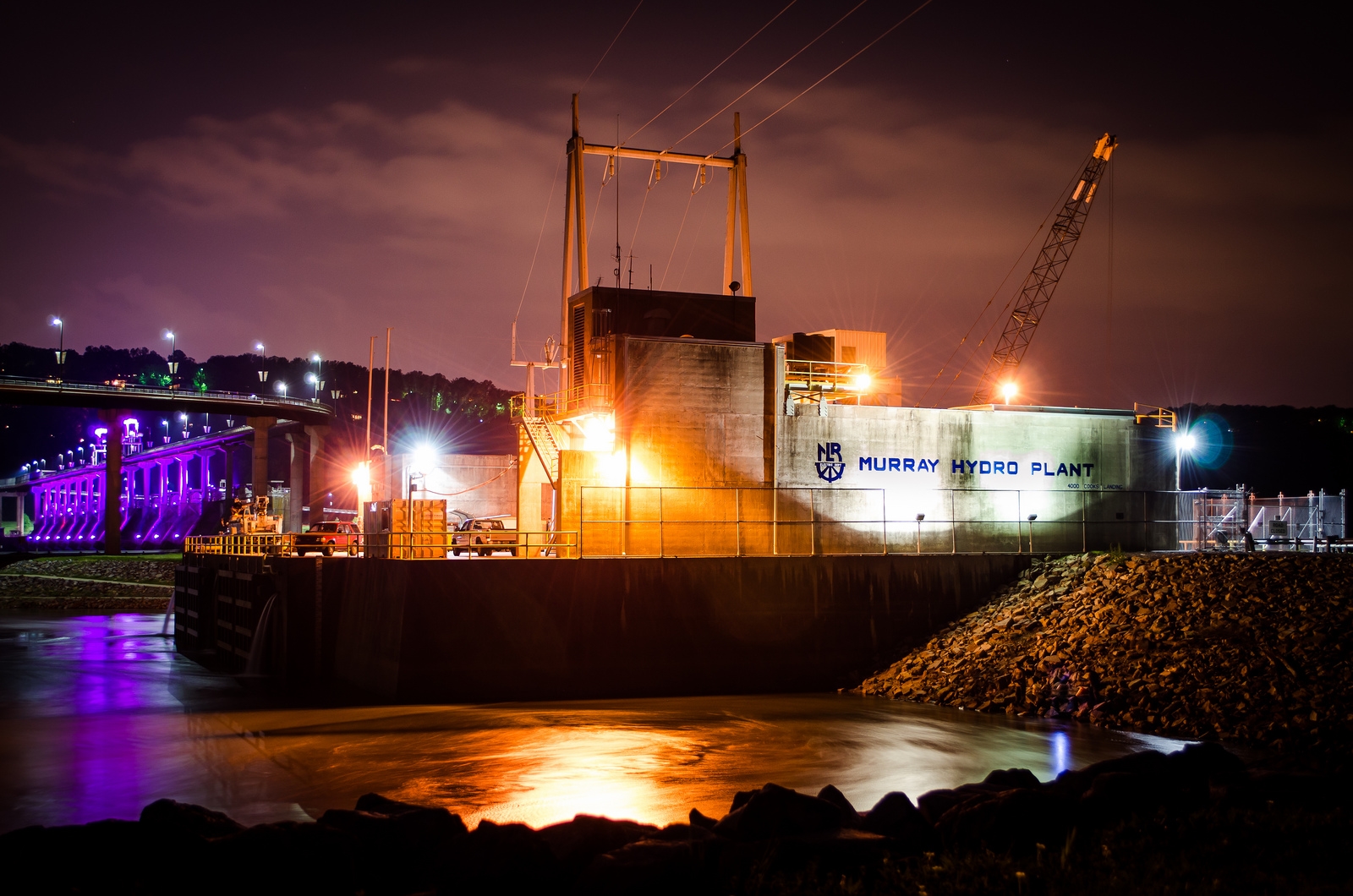 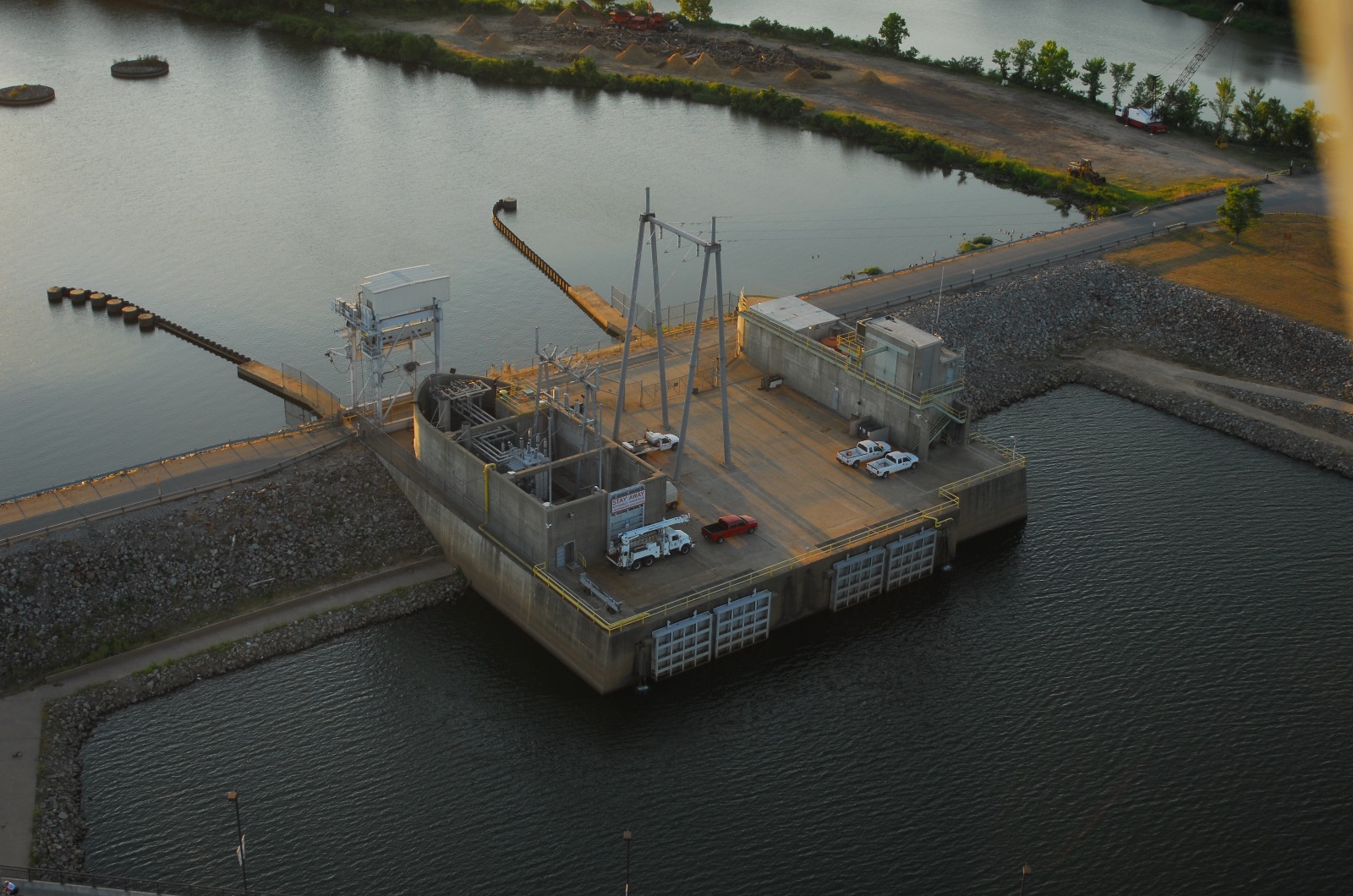 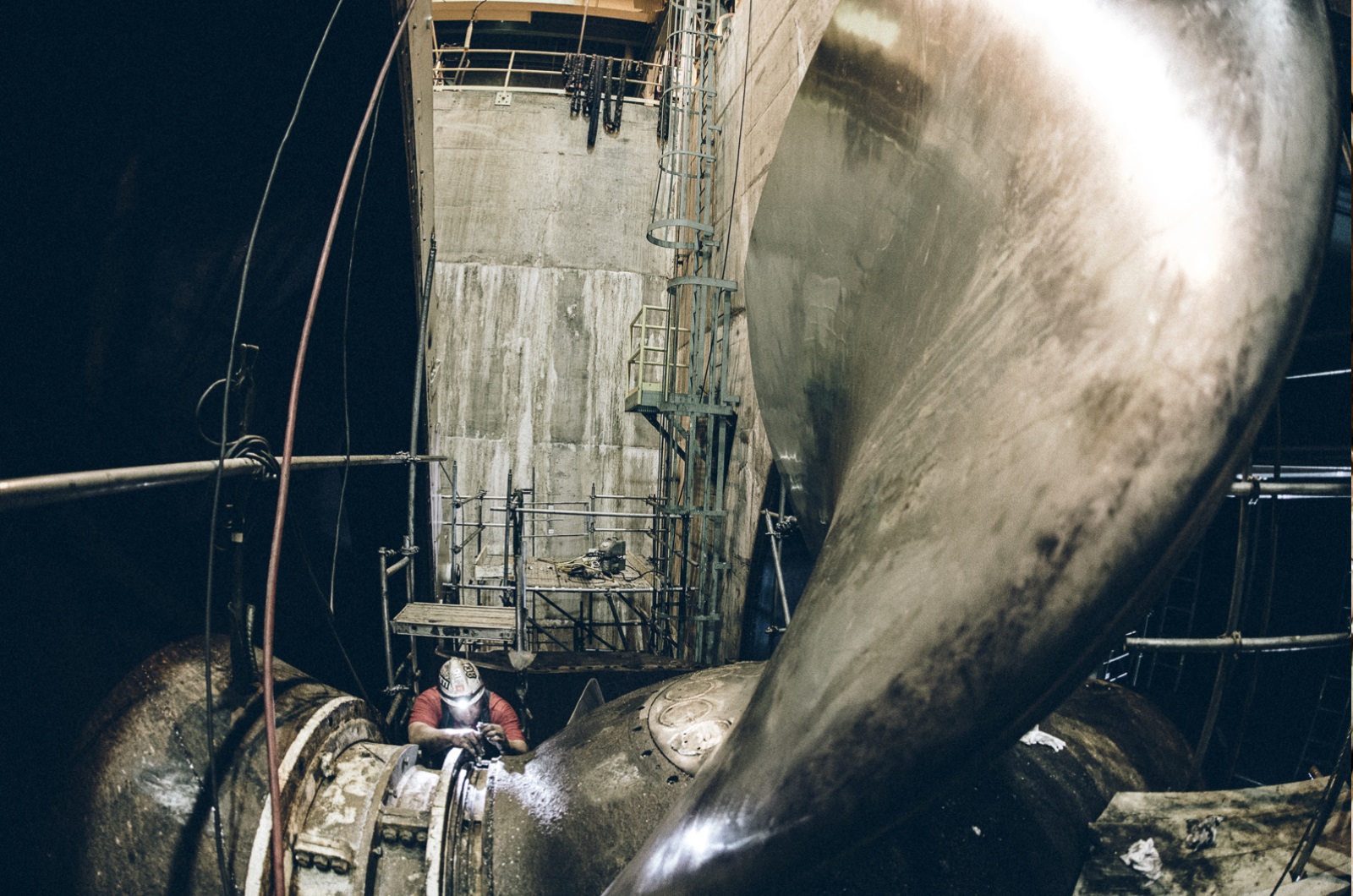 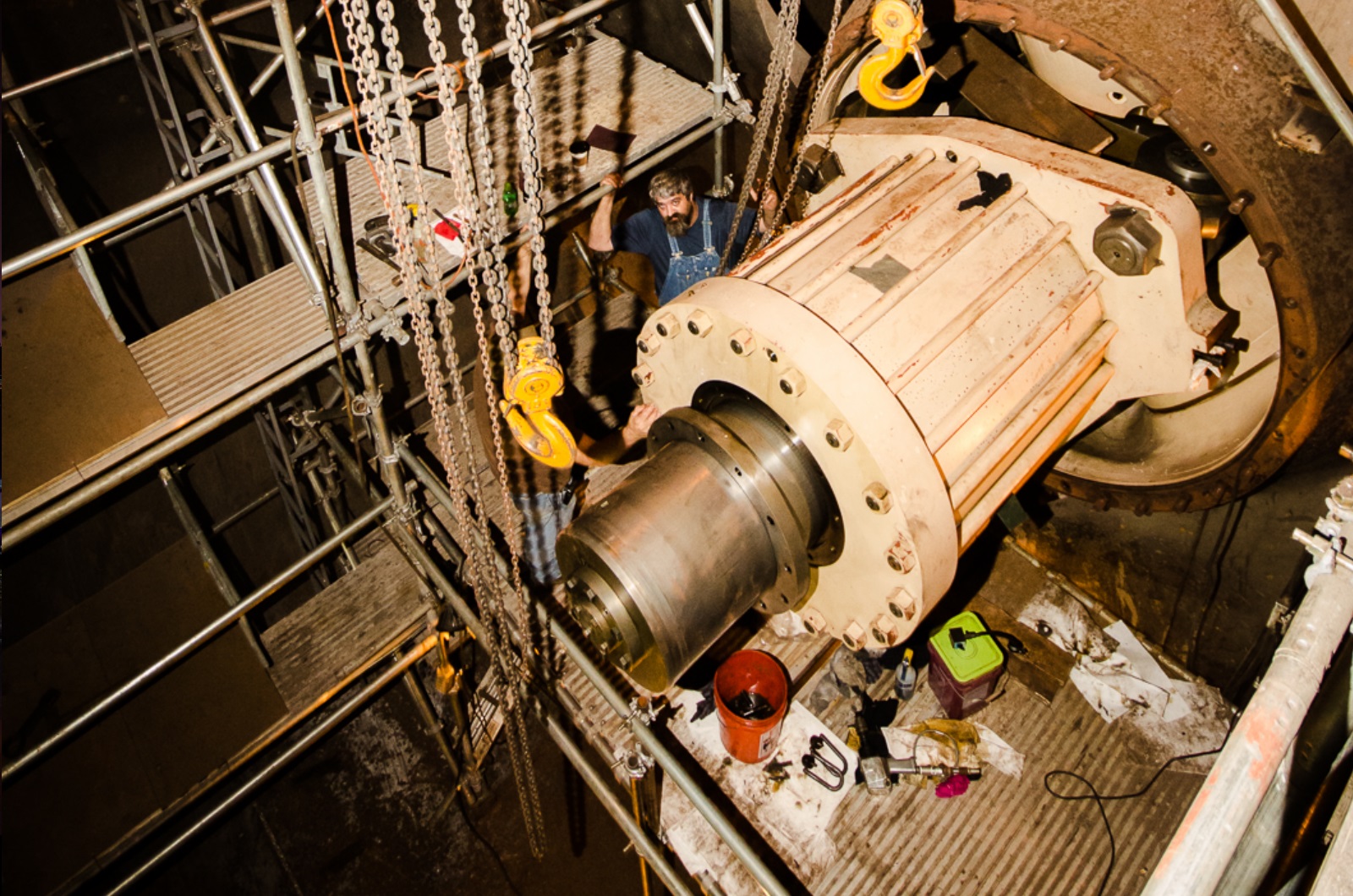 North Little Rock Electric recognizes Hydropower as a leading renewable energy resource by owning and operating the Murray Hydroelectric power plant. On average, almost fourteen percent of the entire City’s electricity use is provided by renewable power from the Murray Hydro Generating Station.

The Murray Hydroelectric Plant is adjacent to Murray Lock and Dam No. 7. and the Big Dam Bridge .The U. S. Army Corps of Engineers operates the dam for flood control and navigational purposes. The plant’s address is 4000 Cooks Landing Road, North Little Rock, Ar 72118.

Since its inception, Murray Hydro averages over 142,000 mWh per year of clean, renewable energy. Each generator is rated at 22.77 MW at a power factor of 0.9 with a rated voltage of 6.9 kV, and utilizes a static excitation system.

In order to generate electricity from our hydro plant, a pool of water is needed on one side of a dam. The force of the water being released from the pool through the dam spins the blades of a turbine. The turbine is connected to the generator that produces electricity. After passing through the turbine, the water reenters the river at a lower elevation on the downstream side of the dam.